Los Angeles is my hometown. After leaving for college and living out of state for almost a decade, I returned to California and the L.A. area. From there I moved to San Francisco, followed by Santa Barbara, and back again to the Bay. 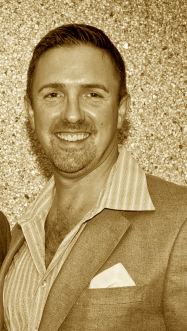 As the son, grandson and nephew of a physician, I developed very different career interests. After earning my Bachelors Degree from the Medill School of Journalism at Northwestern University, my first professional year landed me in our nation’s capital doing communications work. From there came my return to Chicago television, followed by a news producing job in Lexington, Kentucky, another go-around in the Windy City, and an unforgettable production stint in New York City.

For several years my work centered around news content production for Los Angeles TV stations, including KTLA, KABC, and for the longest period, KNBC. This allowed me the flexibility to pursue a few other interests, including landscape architecture, home remodeling and motorcycling. My career then turned toward public relations, at which time I started my own business, RRS Communications. In 2015, having worked for various real estate clients in a marketing capacity, I obtained my California DRE license. Around the same time I also became a managing editor of website content.

On the personal front, I’m an avid road cyclist with numerous cycling races and events under my belt. Cycling is by far my greatest hobby and pastime. I continue to maintain my overall performance in the saddle, especially since my motorcycle is no longer.

I always say life is like an ongoing TV series, driven by fresh and developing story lines that inevitably move us forward. Whether or not I’m the one steering the plot, it’s always exciting to find out what happens next.