RSS
← And The City Roars Once More!
From Another Point of View → 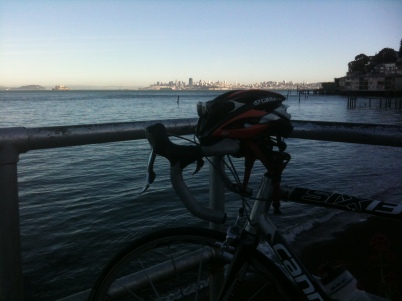 One hundred miles per week ain’t too shabby, I suppose.  Or an easily calculable average of four hundred per month is what it comes out to be, given that here at the end of ten months of the year I’ve now cycled just over four thousand miles.  I pause for the moment but by no means stop.  With two more months to go in 2012, I could just… well, quite unlikely.  I was going to suggest surpassing my all-time annual record, but this would require another 22-hundred miles in the saddle before year’s end.  And who in the world has time for that?

Posted by Ryan on October 31, 2012 in Cycling, Daily Activities

← And The City Roars Once More!
From Another Point of View →