RSS
← One Sure Palate Pleaser. Or Two.
Another Double… →
Image

Of the numerous classic American and world icons rounding the half-century mark this year— Jeopardy!, The British Invasion, 8-Tracks– one biggie stands quite worthy of its own mention:  The Ford Mustang has been with us for 50 years, exactly– this week in fact.  The legendary muscle coupe of decade-varying proportions debuted in New York on April 17, 1964.  And now, expectedly enough, a new generation is on the way to commemorate Mustang’s anniversary model year.  What looked great 50 years ago– and maintains its good looks today following a few awkward “growth periods” shall we say (watch just about any original episode of “Charlie’s Angels”)– is clearly poised to emerge yet again looking better than ever!  At last, I feel young. 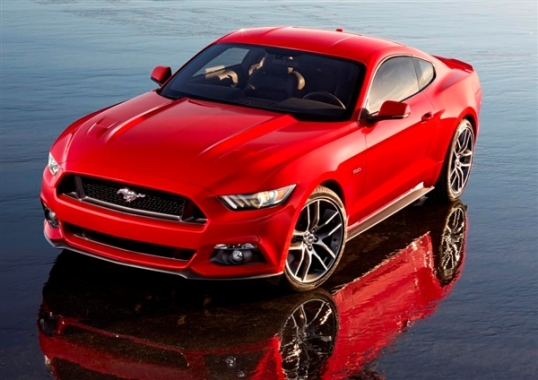 ← One Sure Palate Pleaser. Or Two.
Another Double… →