As if the Northridge earthquake, all things Nancy Kerrigan and Tonya Harding, and the deaths of Richard Nixon and Jacqueline Onassis weren’t enough to seal the first half of 1994, more was to come.  Just days after two infamous murders in Brentwood came the ludicrous yet indelible event that reshaped broadcast media culture and altered the sensibilities of television programming forever.  Two decades on, the granddaddy of all “breaking” freeway police chases remains as unfathomable now as when it occurred, 20 years ago today. 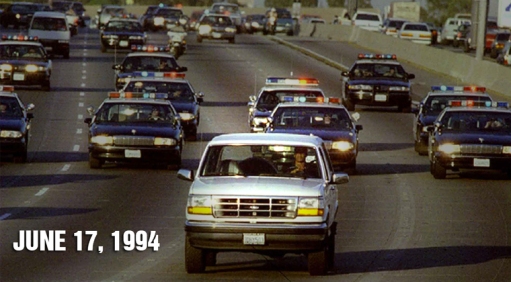