If it gets all the way from France onto local L.A. radio, it must be big news.  What an unexpected spoiler it was in my car this afternoon, on this of all days when I hadn’t yet seen the stage. 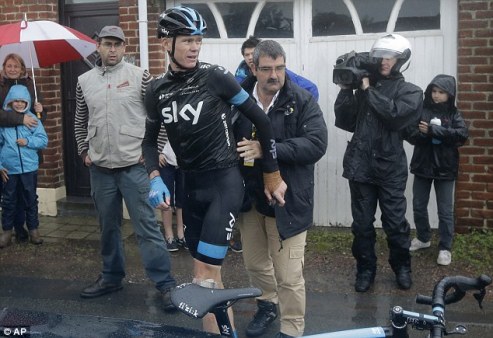 Rain, mud, cobblestones, and carnage at literally every turn– cyclocross day as Phil Liggett put it– stage 5 could not have been a worse journey in some respects, as if cobbles in good weather weren’t enough.  And then that big news:  Chris Froome, 2013 defending champion, after two more crashes today following yesterday’s– even before reaching those unforgiving cobblestone roads–  is out of this year’s Tour de France.  One more big name has fallen, in just the first week. 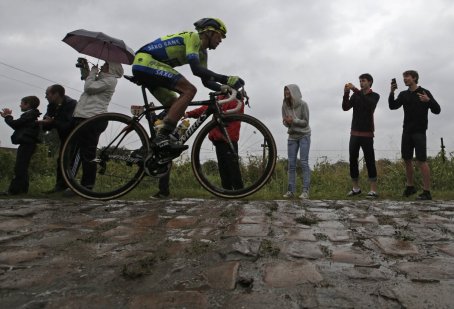 Oh, those cobbles. And three sections were eliminated! 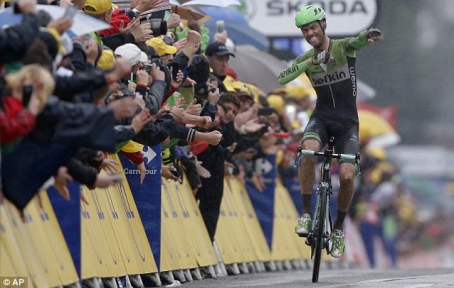 At the end of this unrelenting day, the stage win came “easily” to Team Belkin’s Lars Boom.  All the more privileged I feel to have ridden a leisurely 25 miles with him in Thousand Oaks on the Monday morning after this year’s Tour of California.  Now, despite today’s treachery and loss, at least one more rider sees victory.  And tomorrow’s another day in France.