RSS
← Off to Memorable Starts…
Another One, Come and Gone! →

A Little Closer to Paris. 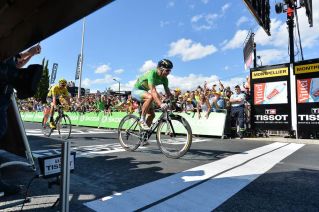 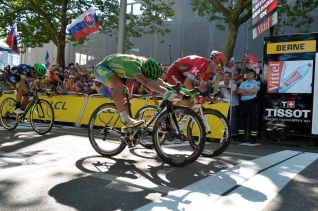 The second rest day down, the final difficult days toward Paris underway, and the numbers continue to climb. The man in green who hadn’t won a Tour de France stage since 2013 has now won three, thanks to stage 11 and stage 16.  The “missile” has more than solidified his second-place overall TDF stage victory record, hitting his 29th on stage 6, and then his 30th on stage 14, for a total of four stage wins in this year’s Tour.

In a three-week race that did not see its first withdrawal until stage 8, a relatively few 19 of the starting 198 riders have now abandoned, among them Alberto Contador, Thibaut Pinot, and– not surprisingly considering the upcoming Rio Olympic Games, Mark Cavendish himself.

No Tour would be complete without at least one surprise mishap– what might be called a catastrophe if not simply a ridiculous turn of events.  Luckily for Chris Froome, after a suddenly halting motorcycle caused him and others to crash on the climb toward the famous Mont Ventoux in stage 12, he maintained his overall lead and stayed in yellow, after an apparent panic run and much official deliberation no less.  Now days past this unfortunate moment, Froome seems to remain non-threatened– as his time gap widens and Le Tour gets a little closer to Paris.

← Off to Memorable Starts…
Another One, Come and Gone! →