True to the reality it portrays, the series begins and ends in Brentwood.  Over the course of a very long 16 months, we’re taken– or rather, retaken– on one sadly unforgettable ride.

The brilliant portrayals of prosecutors Marcia Clark and Chris Darden, by actors Sarah Paulson and Sterling K. Brown respectively, culminate in the glaring illumination of an American legal tragedy and its immediate gut-wrenching aftermath.  Thus concludes the insightful yet disturbing 10-episode run of American Crime Story, Season 1: The People vs. O.J. Simpson.

As dramatic imagination and creative effect work in unison to stitch together large swaths of stark actuality, never throughout the entire series comes a dull viewing moment– or I should say almost never, if you count most any scene with Judge Lance Ito, spineless and celebrity stricken as Kenneth Choi accurately plays him to be.  Thankfully, comic relief regularly intercedes in the form of a salaciously smug Nathan Lane as legal mastermind F. Lee Bailey, not to mention my unmatched personal favorite:  the almost cartoon version of defense attorney Robert Shapiro, perfectly re-created by a fittingly comical John Travolta. 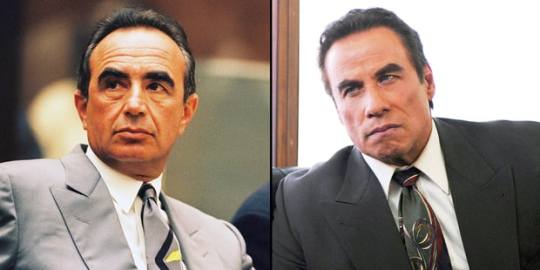 But I digress.  Ten weeks of a reproduced “trial of the century” ends with more than 30 minutes to go in the final episode.  Anticipating some sort of post-verdict wrap up, we definitely get it, painfully yet completely, leaving us to wonder– all the way from Courtney B. Vance as Johnnie Cochran sipping office champagne, to Cuba Gooding Jr.’s O.J. slowly realizing his “party of the century” is proving smaller than he expected– when all this is finally going to end.

Altogether, we’ve been treated to a solid 10 weeks of 21-year-old history revisited, briskly yet as thoroughly as limited television time will allow.  In the oh-so long-in-coming end, our minds– those old enough to recall the real deal– are left to once again ponder the unfortunate colossus of trial-based events, discoveries, developments and maneuverings that delivered O.J Simpson home to Brentwood a free man on October 3, 1995.

What began and ended in Brentwood leaves me contemplating that same sense of injustice now as I did that very day. All the while, shifting to terms of present-day production and talent, more than one Emmy nomination is most certainly in order.