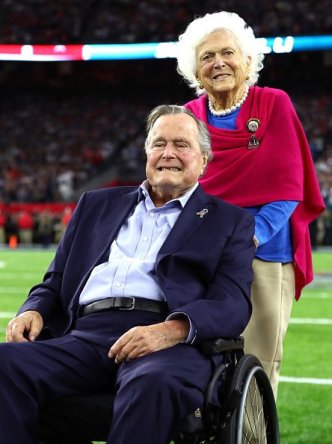 Equally if not more impressive than a 25-point comeback to victory in Super Bowl LI, is the executor of the coin toss that got it all underway.  A welcome and nostalgic appearance preceded the game as the elder Bush couple took the field, 92-year-old George H.W. and 91-year-old Barbara of course, the only living former president and first lady absent from this year’s inauguration. Fittingly enough, their latest public appearance came here two weeks later, a “super moment” indeed.

Posted by Ryan on February 6, 2017 in Famous People, News, Presidential