From the rear it looks a lot like a BMW.  Facing front, it definitely shows itself to be the Audi it is.  A few lines and curves may have been slightly enhanced, but on first glance it does not strike me as something entirely new.  Rarely does Audi have this effect, after all.

Then, on second glance, and third, and so on, the newness does begin to set in, I will admit.  You might not even know at first it’s a hatchback.  It might be able to give the BMW 5 Grand Turismo a run for its money, but no matter what anyone might say, it’s certainly no “answer to the CLS.”

There goes my opinion again, to say the least.  We’ll let the new Audi A7 speak for itself, and speak to me, as soon as I spot one for the first time in my neighborhood…. any day now I expect. 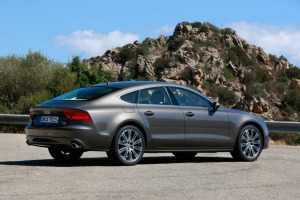 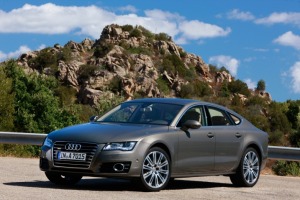