RSS
← Revealed.
The Naked Sight of It… →

Questions & (The Wish For) Answers.

With the 50th anniversary upon us, all sorts of questions remain.  New and old, sensible and outlandish, each is propelled by a keen and unyielding fascination surrounding the assassination of President John F. Kennedy.

Now feeding our collective, unsatisfied appetite is a captivating series of National Geographic documentaries once again dissecting the already-dissected moments of November 22, 1963, including JFK: The Lost Bullet, The Lost JFK Tapes and JFK: The Final Hours.  Each of these productions turns out at least a few morsels of related and not-so-related facts that we might not have heard before but still find interesting.  (I for one never knew eight-year-old actor-to-be Bill Paxton saw and photographed the president in Fort Worth that morning.)

Then we have the newest and much-promoted dramatization of Jack & Jackie Kennedy’s presidential life and final moments together, in NGC’s film adaptation of Bill O’Reilly’s novel Killing Kennedy.  While the often-predictable Rob Lowe manages to pull off a decent portrayal of JFK, Ginnifer Goodwin’s re-creation of the first lady comes across– to me at least– as weak and unconvincing.  (I’ve seen better “Jackies” over the years, thank you.)  Altogether, the apparently common sentiment holds its ground, that this movie tells us nothing new, and definitely nothing outside the boundaries of the official yet increasingly disputed lone gunman theory. 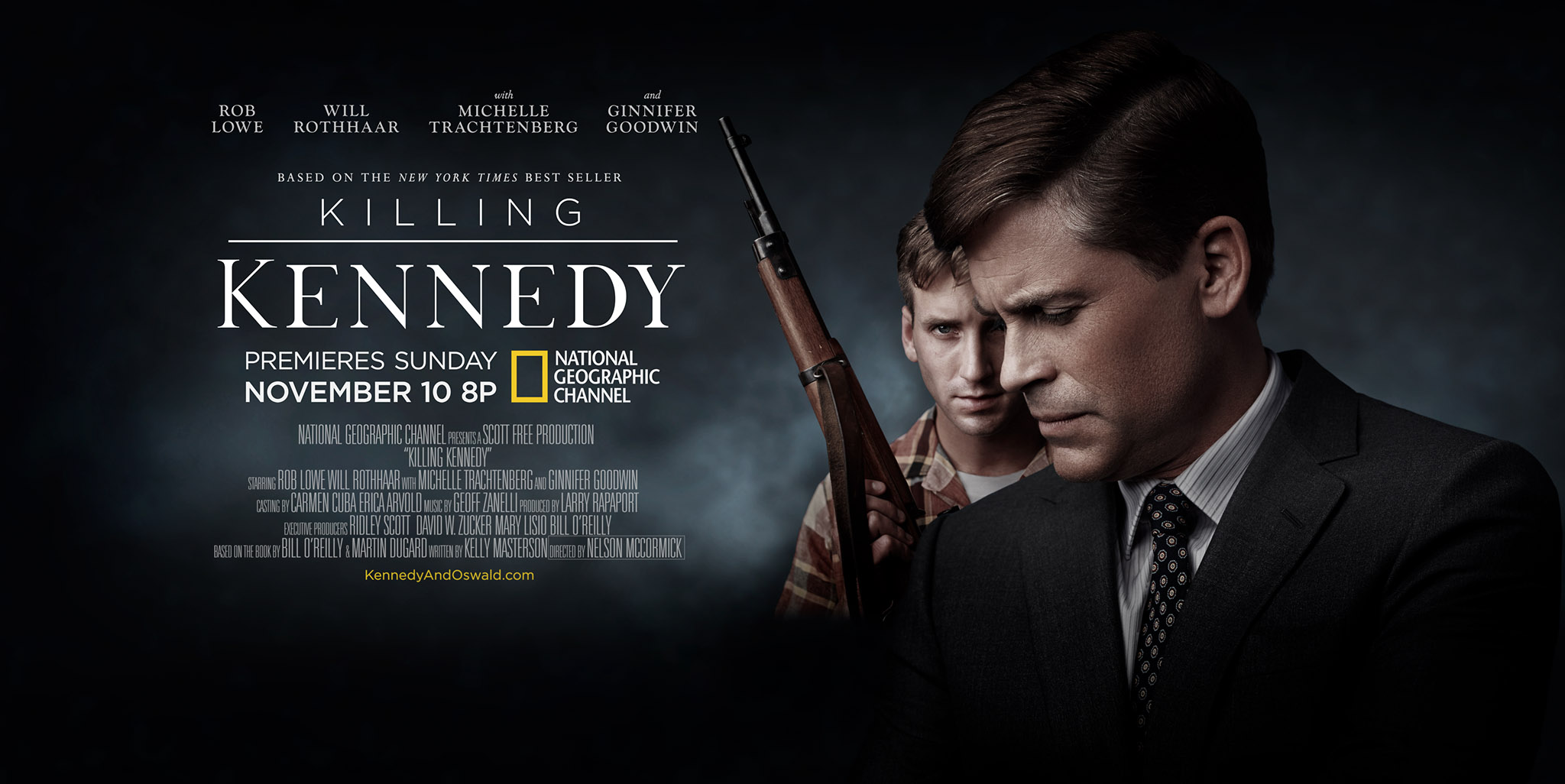 Nevertheless, Killing Kennedy is worth watching for the sake of another welcome trip along that same old path of nostalgia that most Americans have traveled once, twice or 100 times over the past half century.  The “newest” element to this so-called bland and unimaginative account comes in the powerful portrayal of         Lee Harvey Oswald, played by the talented Will Rothhaar.  In my initial opinion, he carries this film.

Watch and consider for yourself.  Take in the sprinklings of history atop everything you no doubt already know. And watch the documentaries first, for this is where the real quenching of our fascination lies after all, even as all those questions– under whatever descriptor they fall– stack up faster than they might ever have answers.