An even smaller USA presence this year than last contributed to the 2019 Tour de France– four riders to start and three of them to finish. It’s no longer the American experience it once was, but this is probably not what anyone in France is pondering right about now.

Much of the excitement over these past three weeks grew with the possibility this might finally prove once again to be a truly French sporting event– this is to say, that a Frenchman would win Le Tour. For more that half of this year’s 21 stages, the host country was in position for a GC victory. France had its very own “winner du jour” as Julian Alaphilippe wore le maillot jaune for the majority of days– in addition to his two stage wins no less. After 34 years, could this really be France’s time? The end was nearing as questions were mounting yet hope was building. 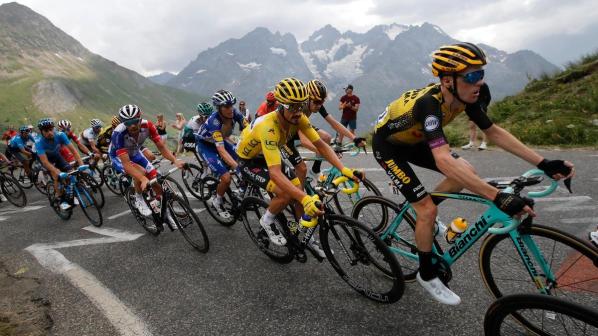 There’s long been talk of the French curse in professional cycling’s grandest three weeks. Alas, the curse appears to remain in play. We all know what happened, via physical skill, mother nature and all else– I needn’t retell it all here and now. Helmets off to Columbia, of course, where pride and celebration will no doubt make its mark. Still, I, an American, would really love to see France have its year. And with that, there will certainly be three weeks in July encore. Vive Le Tour!

Commentator Phil Liggett often reminded viewers throughout the past three weeks that there’s no shame in finishing last in Le Tour de France. Of course, surviving 21 stages to finish in Paris is always a feat for any rider. This year’s last-place finisher in particular has shown himself to be the most respected recipient of the “lanterne rouge” in recent cycling history.

Only five Americans competed in this year’s Tour de France out of 176 riders to start. The U.S. needed to make its mark on Le Tour once again, and, well… it happened. While the amazing Peter Sagan took three stages and survived a third-week crash to finish with his sixth green jersey, Philippe Gilbert climbed back up the wall over which he flew to complete the day with a broken kneecap, and the consistent-yet-cracking Chris Froome squeaked his way onto the final podium alongside his maillot jaune-winning teammate Geraint Thomas, the most impressive display of sportsmanship in my opinion, and that of many, came from this year’s holder of that lanterne rouge. My hat– or rather, my helmet– is off to Lawson Craddock, not only the first American in Tour de France history to earn this final designation, but also an inspiring fighter in the face of overwhelming physical, mental and emotional challenge.

At last, three typically grueling yet glorious weeks have seen their end.  At last, it’s a very special viewpoint. And at last, good can come. C’est Le Tour, encore!

When It’s July In France…

The French National Day is made all the more joyous, as a French cyclist wins the day’s stage of Le Tour de France for the first time in 12 years.  Warren Barguil takes stage 13 on Bastille Day!

The biggest headline of the 2017 Tour de France thus far is not a happy one. In what many people, including myself, consider an overly harsh and undeserved decision, Peter Sagan has been ejected from the race. At the same time, Mark Cavendish is injured and out.

Barely halfway through the first week, two of cycling’s biggest names– my two favorite riders in fact– are gone. Suffice to say this Tour will not be the same, but as always it goes on without hesitation. Like it or not, the harsh reality of professional cycling prevails.

The month of July has come once again, which of course means there’s a certain cycling race getting underway in France.  (Actually, it starts in Germany this year, but French soil isn’t far off.)  Starting today in Dusseldorf, here we go with the 104th Tour de France! 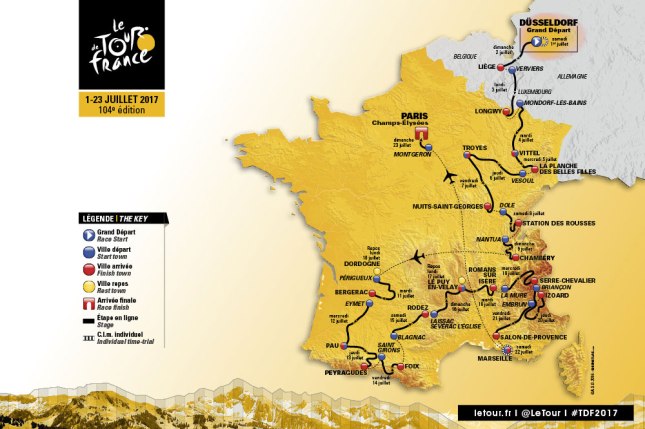 Another One, Come and Gone!

Luckily for France, the one and only French stage win of this year’s Tour finally came on the third-to-last day, as young Romain Bardet climbed to victory on stage 19.  Even luckier for France, this significant time gain pushed the 25-year-old Frenchman up into second place overall.  As it turns out two days later, as a record 174 of the starting 198 riders crossed the final finish line of stage 21, and while Peter firmly retained the green jersey for his fifth consecutive year, France saw one of their own on the podium in Paris, right behind now three-time Tour de France champion Chris Froome. Another one, come and gone. C’est Le Tour, encore! 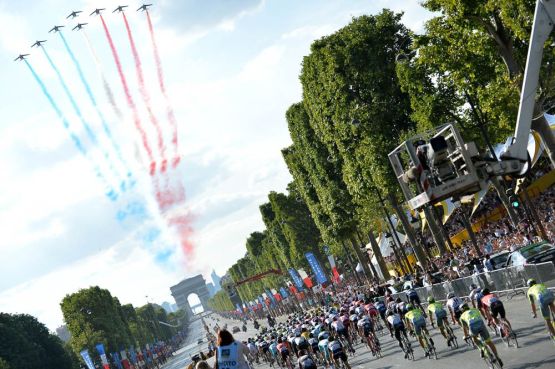